Ksenija Pavlovic Mcateer is an independent White House Correspondent currently covering the Biden administration. She is a published author, political scientist, entrepreneur, U.S. military spouse, and an uncompromising advocate for the freedom of the press.

Pavlovic is the Founder and Editor-in-Chief of The Pavlovic Today, an independent American news outlet with a presence in the White House Press Corps and regularly covers and provides analysis on all major news-events, press briefings, presidential press conferences, and visits by heads of states.

Pavlovic made international headlines and was hailed as a hero by the American public for breaking the White House’s camera ban by streaming the press briefing via the Periscope app.

In 2018,  Pavlovic has been awarded a Poynter Fellowship in Journalism for her talk at Yale University: The State of Free Press in Trump’s America.

In 2018, as the only U.S. military spouse in the D.C. cohort, Pavlovic was selected to take part with her media venture The Pavlovic Today in an entrepreneurial We Work, Veterans in Residence program.

Pavlovic served as a Managing Editor of the Novak Djokovic Foundation, a partner of the World Bank, where she assisted tennis great Novak Djokovic’s calls for global action in ending inequality in Early Childhood Education.

In her international journalism career, she has provided political commentary for BBC Newsnight, Sky TV, DW, NTN24, and has been featured in New Europe,  The Washington Post, Huffington Post, The Hill, CBC, Grazia, The Independent, The Yale Globalist, Lisa Wexler Show, She Files,  among several other internationally acclaimed media.

Pavlovic’s work has been featured in UK’s Independent and the Spectator Magazine, The Yale Herald, and she reported from the Balkans, London, and Madrid, serving as a Special Foreign Correspondent for the leading national outlets in Serbia such as Jefimija Magazine, Duga, Press Novine, Nedeljnik, The Original, etc.

Growing up in a dictatorship, Pavlovic became aware early on of what it means to be limited in freedom of expression, with no movement in travel across borders. After the fall of Milosevic, she conducted a series of exclusive interviews with the members of the first democratically-elected Serbian government including a former president of Serbia, Boris Tadic.

Ksenija Pavlovic has teaching experience in International Affairs, Politics, and Security from Yale University at both undergraduate and graduate levels. She served as a Head Writing Fellow at the Yale Graduate Writing Center as well as the fellow of the prestigious Research and Travel Award in Grand Strategy from International Security Studies at Yale University, and the Roger Hertog fellowship in Religious Violence at Columbia University.

As a Teaching Fellow at Yale University, she taught  “The Hero in the Ancient Near East” and a graduate course about American Christianity at the Yale Divinity School. Pavlovic also assisted the production of an online version of Ian Shapiro’s Moral Foundations of Politics course at Yale, which is now available on Coursera.

Pavlovic holds an M.Sc. in European Politics from the London School of Economics, an M.A. in American Politics, and a B.A. in Journalism and Communication from the University of Belgrade. She also studied at a doctoral level at the University Complutense in Madrid and Yale University. She speaks English, Spanish, Serbian, and Croatian. 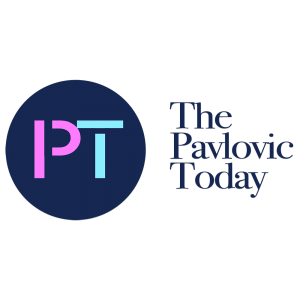 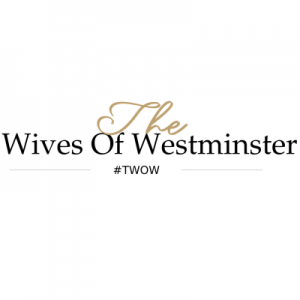